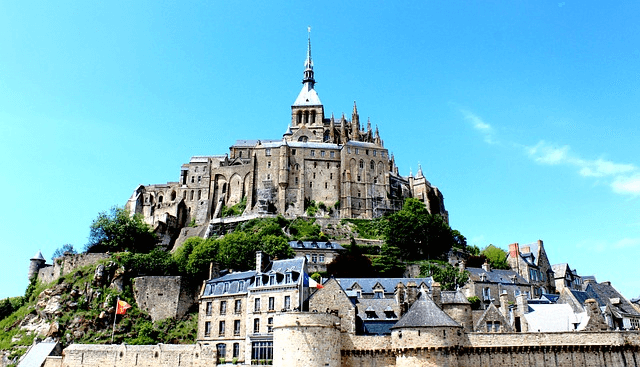 European countries are famous for inspiring travellers especially those who are architects and architecture lovers.  With Orthodox charms from the Greek and Roman period to the flamboyant Baroque and Art Nouveau, there is something for everyone in Europe. It is home to some of the world’s best architectural history, a countless variation of styles, and dynamic history. Europe is the dream destination one for architecture buffs.  Following is the list of some of the best architectural cities of Europe;

Berlin provides a good mix of architecture and history. Berlin represents many national and important architectural movements, portraying its huge intellectual and cultural legacy to the world.  Berlin is one of the world’s main sites for amazing antique collections of art, culture, and technology. In the last hundred years, this city has radically changed, due to the influence of imperial architecture, Nazi, and modern architecture.

A trip to Greece and its capital, Athens is an architectural delight and a must-visit place for true art lovers. The few surviving buildings of the Classical, Hellenistic, and Roman periods are the most relevant Greek architecture.  The most common and best-known form of Greek public architecture is temples.

Amsterdam is one of Europe’s star troves for architecture. It houses more momentous buildings and marvels than any other metropolitan in the world. It holds international importance in terms of modern design and the historic buildings and streets have remained unchanged since the 19th century, due to the fact that during WWII there was no major bombing in the city.

Barcelona has an amazing historic architecture which is concentrated in the Barri Gòtic (the center of the old city).  Barcelona is the host of many Gaudi buildings, including La Sagrada Familia. Many of the buildings in the Barri Gòtic date from medieval times, some from as far back as the Roman settlement of Barcelona.

London has accumulated and collected its structures and styles over a long period of time. A few structures predate the Great Fire of 1666 like the Tower of London, Westminster Abbey, and Banqueting House. London is famous for its magnificent palaces whose history is intimately intertwined with the history of Great Britain. The city also has over 240 museums and a great selection of important historic buildings and sights. There is a good balance between buildings and open spaces.

Europe boasts of cities that have architecture worth admiring. This is just the tip of the iceberg. There are many more cities with architecture that will blow your mind!

Book the sightseeings which you have dreamt of visiting

List of Hostels which we will be Booking for our clients

Hostels we will book for you in Europe.

How to travel alone in Europe?